VHF Antenna: The most important factor for getting AIS to work well

Posted by Doug Miller on 9/12/2019 to Configuration Examples

Regardless of whether you use a dedicated VHF antenna attached to the AIS receiver or transponder or if you use an AIS-capable antenna splitter, there are some basic things to keep mind that substantially impact the ability of your AIS system to send and receive radio signals.

Before going into some recommendations, it is worth reviewing which frequencies are used by AIS and VHF radios. While most AIS users are aware that AIS uses two frequencies to send and receive AIS messages (161.975 & 162.025 MHz), there are actually two additional transmit-only channels (156.775 & 156.825 MHz) used by Class B SOTDMA and Class A transponders for long range message 27 AIS broadcasts intended for reception by AIS satellites and other long range receiving stations. In addition, AIS transponders listen for digital management messages on the DSC channel 70 (156.525 MHz). Standard VHF radio channels range from 156.050 MHz to 157.425 MHz. For example, VHF channel 16 uses 156.800 MHz. Knowing the range of frequencies used is important as you select your VHF antenna, especially if you plan to use an AIS/VHF antenna splitter.

So, with that brief introduction, here are my top recommendations for making AIS work well with your VHF antenna:

Hopefully this guide will help you debug any issues with AIS transmit or receive performance. While there is a lot of material here, ultimately good performance boils down to having a decent quality antenna setup (antenna, cables, connectors) installed as high as possible and as far away from other metal or interference sources as possible.

For additional information on this subject, we recommend the following resources:

As always, if you have comments, questions or feedback, feel free to use the comment tool on this page. 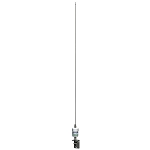 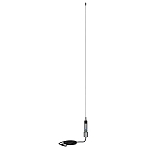 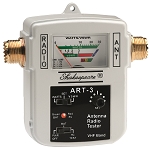 ERS Antenna
Reply
Constructions and High Building are the main issues, getting to close to a commercial establishment may interfere with the signal. It is always recommended to place it on higher grounds.
Gene myers
Reply
Soooo well done / written;learned a lot! Ty gem
Adme smith
Reply
Wonderful article. Very informative and helpful. You have collected most of the best VHF Antenna that found in the marker. But among these antennae, I would like to recommend Shakespeare AIS 5215-AIS 36" Squatty Body Antenna. It extremely advanced transmit on a ship to shore radio. Wonderful product and definitely worth the price. Thanks for sharing such an informative article. Hopefully, waiting for your more article in the future.
Rasmus Folso
Reply
Nice article. I have a B&G VHF/AIS V60-B on my sailing yach. I have connected it to VHF antenna in top of mast, and then use a Glomex antenna splitter. However, I can only receive AIS, not send, when I use the splitter. I also get a VSWR Error message from the V60-B. If I instead insert the VHF antenna directly into the AIS antenna port on the V60-B the AIS works fine for receiving and transmitting, but then I can't use VHF. I tried replacing the splitter with a new Glomex splitter, but that didn't help. Any suggestions?
Milltech Marine
Hi Rasmus, Thank you for the feedback and great question. Unfortunately the Glomex antenna splitter is for AIS receivers only. I would recommend you use the Vesper Vesper Marine VHF/AIS/FM Antenna Splitter or the AMEC CUBO-162 VHF-AIS-FM Antenna Splitter. They both can be found here: https://www.milltechmarine.com/SP160 https://www.milltechmarine.com/CUBO-162