Posted by Doug Miller on 10/2/2018 to Configuration Examples 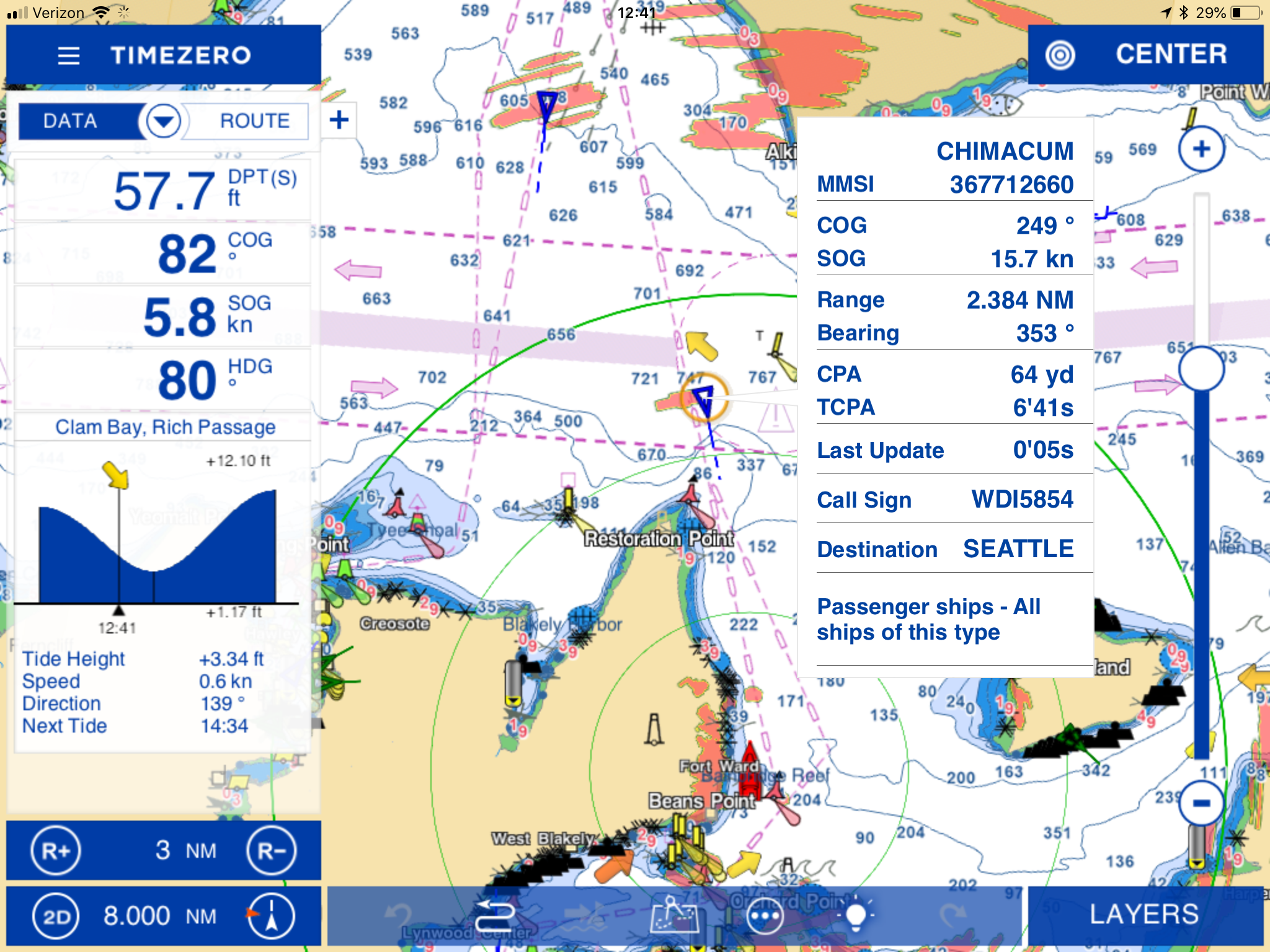 PLEASE NOTE: Due to numerous product changes that have taken place since this article was written, we are no longer supporting this solution. This article will be maintained for existing customers who need to refer to the guidance in this document.

While Automatic Identification Systems (AIS) go a long way towards increasing vessel safety and helping to prevent vessel collisions, many boaters also like to use radar for detecting vessels and other floating objects such as aids to navigation that do not have an AIS transponder. Multifunction chartplotter displays have allowed you to overlay radar and AIS on a navigation chart for some time but these systems tend to be fairly expensive and can require complicated wiring scenarios to accommodate integrating a modern radar with the chartplotter and the AIS system.

A new solution from TIMEZERO aka Nobeltec now allows you to combine charting, AIS and radar on an Apple iPad. TZ iBoat is the latest version of TIMEZERO’s mobile app for iOS and this version adds some new unique capabilities for iPad-based navigation. The version works with the FURUNO 1st Watch Wireless Radar solution which itself is a unique product that allows a wireless radar system to be used with an iPad. The FURUNO product supports its own radar app which is ok but it only shows radar imagery and no overlay on a chart. The TIMEZERO folks have leveraged their relationship with FURUNO to allow the 1st Watch Wireless Radar to also be used with their app. The TIMEZERO app has also supported AIS overlay for some time. So is it possible to have iPad-based charting, radar overlay and AIS overlay all in one app? Yes it can be done and we took the systems out to test on our own boat to see how to make it all work and what it was like to use.

For our testing, we used three pieces of technology: 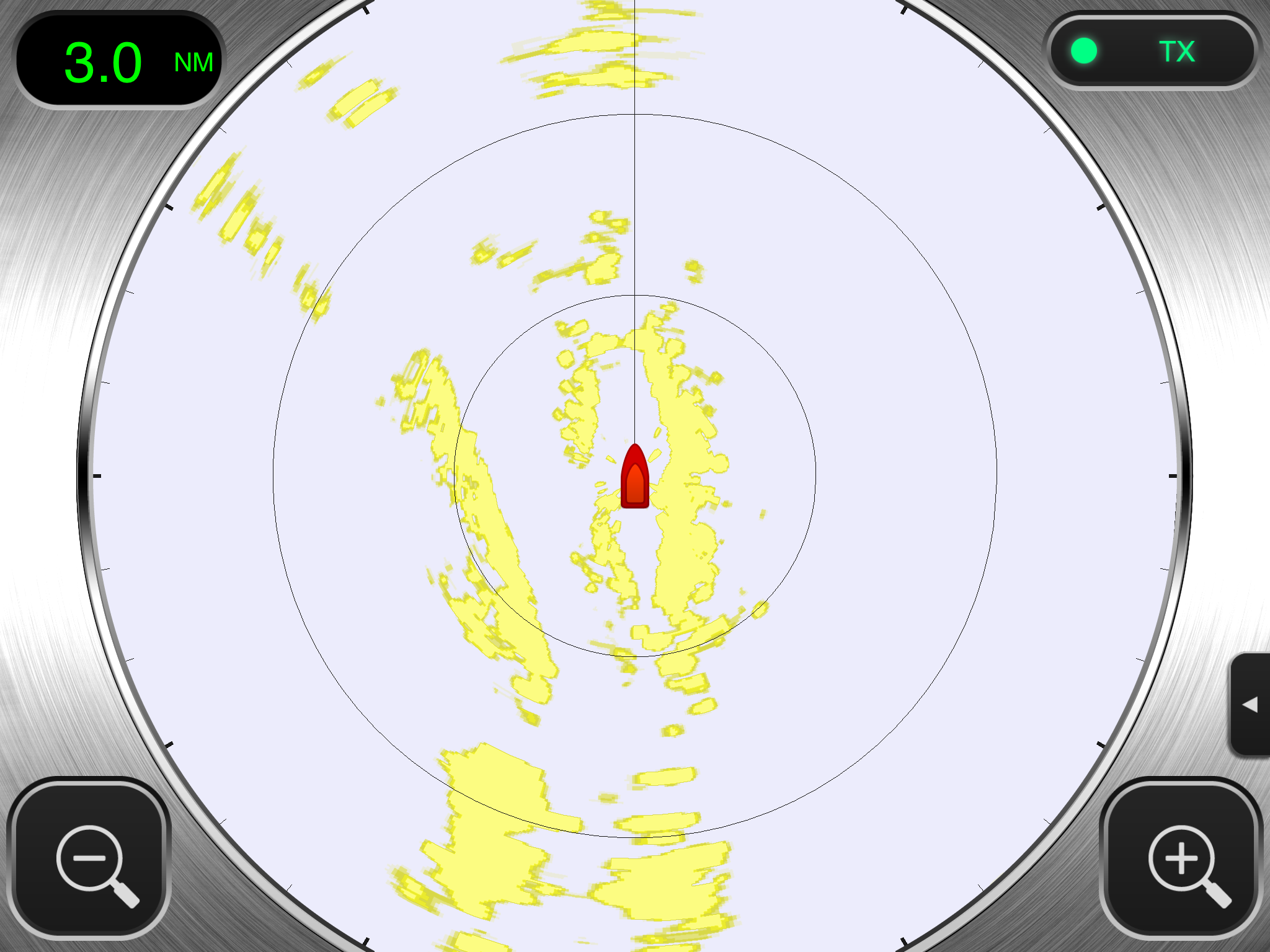 The first challenge in getting all three products working together is to get them all talking on the same WiFi network. By default the Vesper XB-8000 sets up its own WiFi Access Point mode network with an SSID starting with VesperXB-XXXXXX with the Xs being the serial number of the unit. If you were just using the XB-8000 with iBoat or any other supported app, you would join the iPad to the WiFi network being broadcast by the XB-8000 and configure your app using the default IP address and port.

However, the FURUNO 1st Watch Wireless Radar also sets up its own WiFi Access Point mode network with an SSID starting with DRW4WXXXXXXXX. The iPad can only join one wireless network at a time so some configuring is required to get both the radar and XB-8000 on the same network.

For our testing, we took advantage of the XB-8000 Client Mode. This capability allows you to join an existing WiFi network. Since the FURUNO unit had its own WiFi network, we joined the XB-8000 to that network. We did that doing the following: 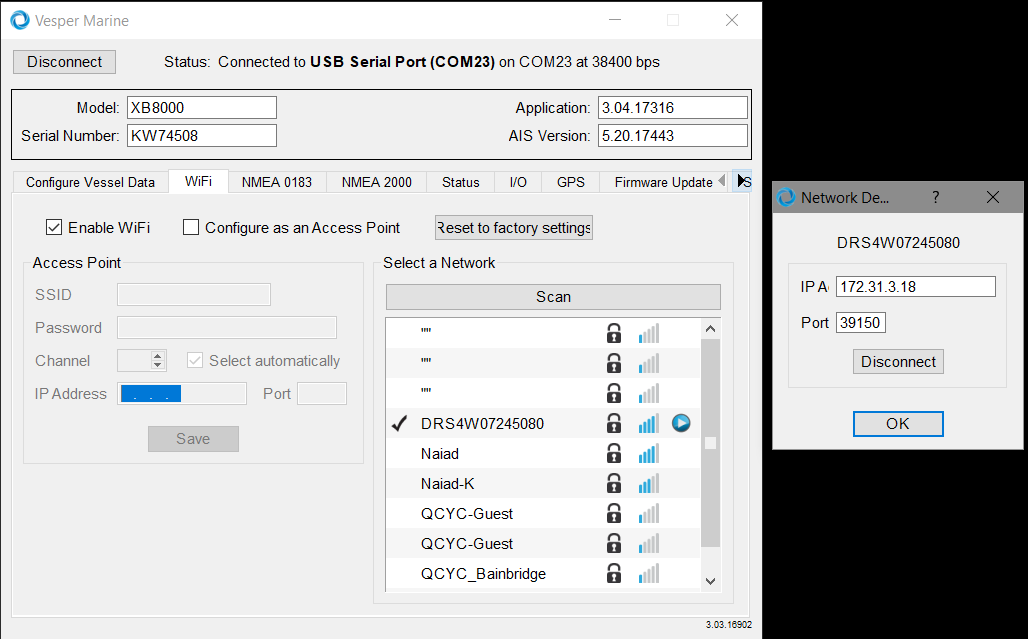 Now that the hardware is configured, it is time to setup the TZ iBoat app. In order for all of this to work you will need to download the TZ iBoat app in the Apple app store. At the time this article was written, this app was available for free but the free app does not include a full chart region. Note that TZ iBoat requires iOS version 11.2 or later. Once TZ iBoat is installed, you will need to do an In-App purchase of the AIS module, Radar Module and at least one chart region – either raster or vector. Also be sure Local Network access is turned on for TZ iBoat in your iPad settings after it is installed. Prices at the time this article was written for these extra modules are:

With all of this installed on your iPad, it is now time to configure the TZ iBoat app to use the network data.

First, make sure your iPad is connected to the FURUNO “DRS4W…” network using the iOS Settings->Wi-Fi configuration screens. Enter the FURUNO WiFi password when prompted. Make sure you are connected. iOS may show you connected but with no Internet. That is fine.

To configure the data coming in wirelessly from the XB-8000, do the following: 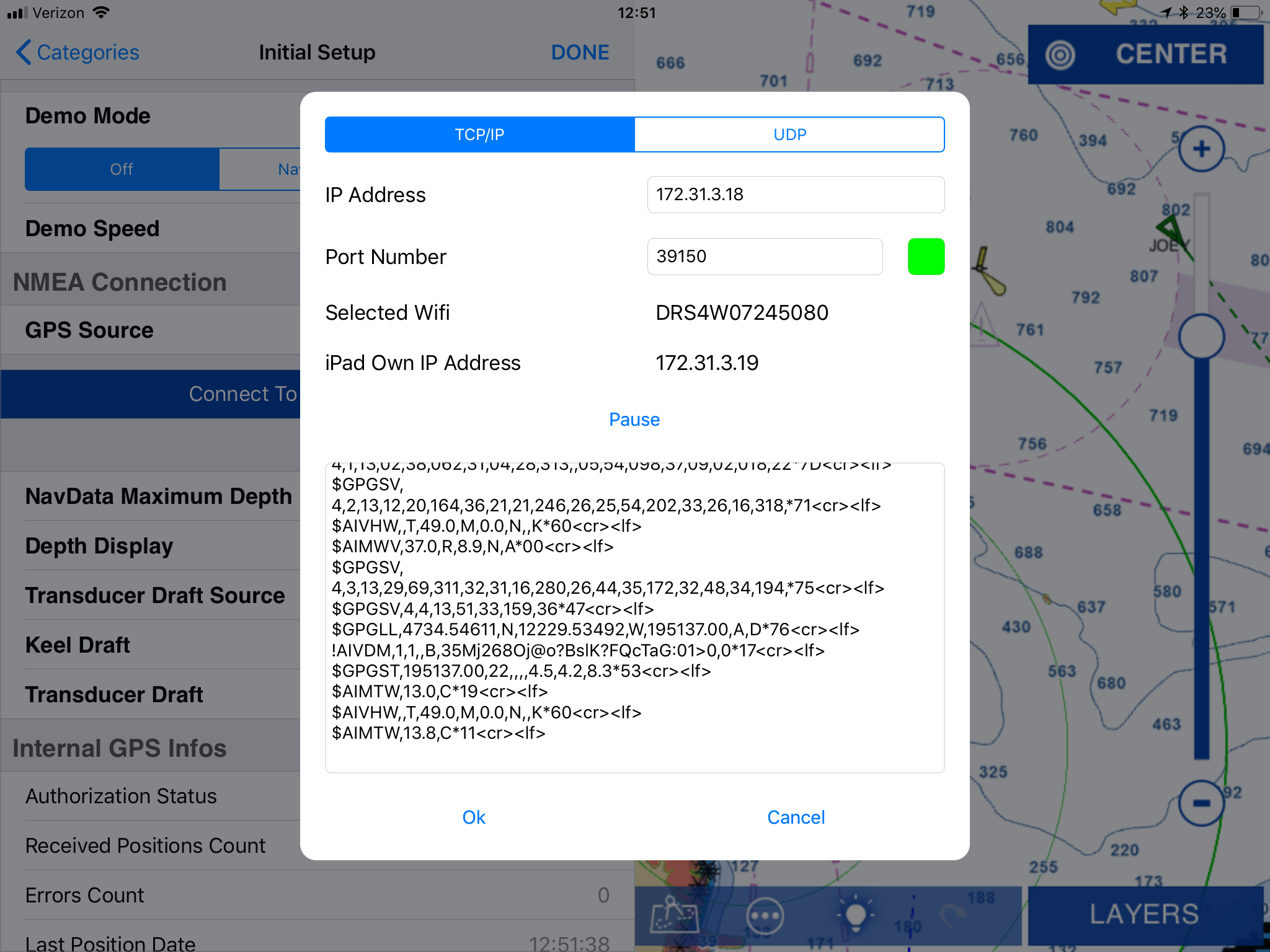 To configure the radar, simply select the LAYERS button on the bottom right of the TZ iBoat app and select “Chart + Radar” at the top of the window. Make sure the radar is on and is found. There are various radar controls on the bottom left of the screen as well. Also make sure the “AIS Targets” switch is on.

You should be all set. Try zooming in and out both the chart screen and the radar range to make sure you have both AIS targets and radar showing up on your screen. See the FURUNO 1st Watch Wireless Radar documentation for information on fine tuning your radar system.

That completes the initial installation process. You should not have to re-do any of the steps once you have finished this initial configuration other than making sure the devices are on and you are connected to the FURUNO WiFi network. Note that in order to use the XB-8000 with the iPad, you will need to have the radar on so that it can also join the network however you do not need to leave it in transmit mode.

We have also tested this setup with the AMEC WideLink B600W Class B SOTDMA AIS Transponder which provided the same functionality including the multiplexing of NMEA data. Contact us if you need assistance with this setup.

Also be sure to buy your products from us – especially if you require support. We can only continue with these types of free articles if we sell products.

Safe boating and as always we welcome feedback from customers who have used these solutions. 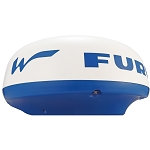 Tom Irwin
Reply
Have you done this set up with the emtrek Wi-Fi Ais transceiver ? Does it work like the vesper ?
Doug Miller
Reply
Yes, you can follow similar steps for making this work with em-trak WiFi-based AIS transceivers. The em-trak units won't gateway and output other data such as depth and wind but the GPS and AIS data can be used with iBoat.