Day on the Water at the America's Cup

This past Thursday I had the privilege of attending the America's Cup as a guest of Vesper Marine and Emirates Team New Zealand. Vesper, a New Zealand-based company and one of Milltech Marine’s most popular product lines, got me a seat on the ETNZ hospitality boat and a behind the scenes tour of the ETNZ base at San Francisco’s Pier 30/32. Our group included Jeff Robbins, president and founder of Vesper Marine, Steven Gloor, Vesper’s representative in the US, Ben Ellison of Panbo fame and yachting journalist David Schmidt. Our hospitality boat had a Vesper WatchMate Vision (XB-9000) Touchscreen-enabled Class B AIS Transponder on display.

The highlight of the day was going out on the water and getting a front row seat for races six and seven. We couldn't have asked for a better day as the sun was out, it was warm on the water (not always the case on San Francisco Bay), the wind was building and the boats were ready.

Race six was close with Oracle Team USA taking the lead at the start and a lot of back and forth with real match racing for much of the race. However, Emirates Team New Zealand managed to pull ahead and won race six by 47 seconds.

Race seven wasn't as close with ETNZ getting a jump at the start and never looked back finishing ahead of Team USA by 1:06.

Obviously the folks on the ETNZ hospitality boat were thrilled by the two wins.

Thanks again to Vesper Marine and New Zealand for allowing me to join them on this very memorable day.

Here’s some shots from the day... 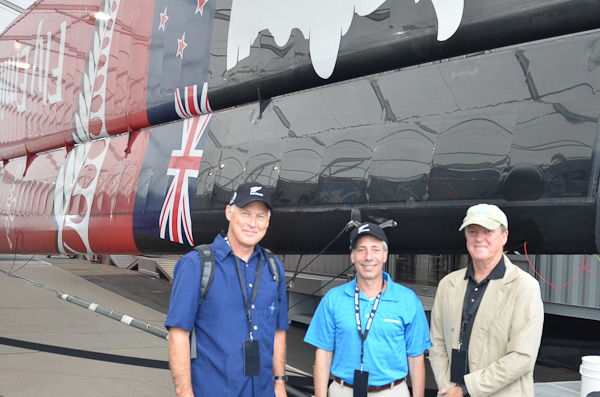 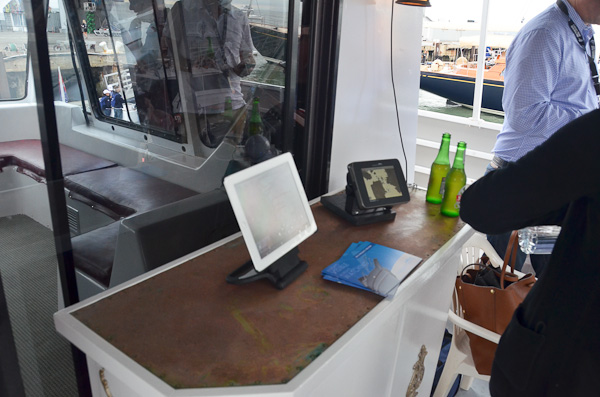 Vesper Marine WatchMate Vision tracking the traffic during the race. 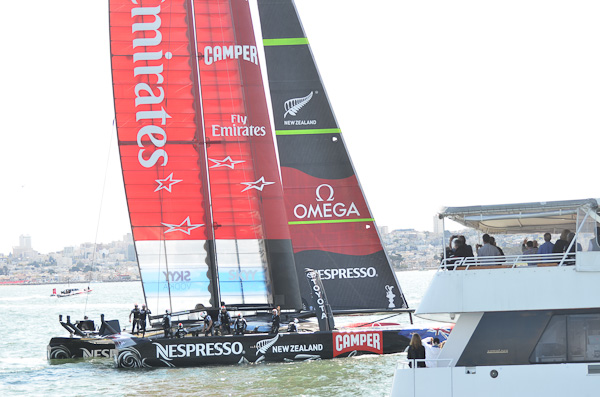 We get a fly by and wave from ETNZ before the race. 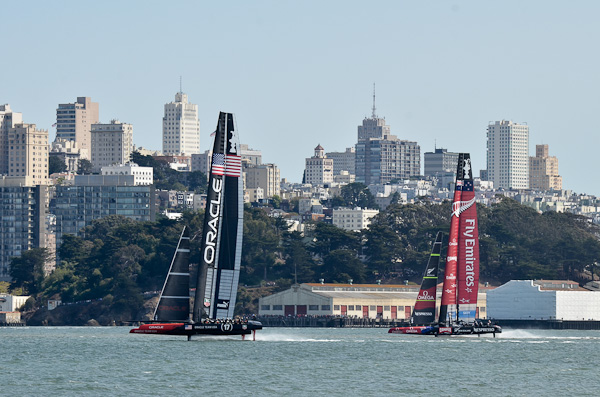 ETNZ and Oracle Team USA duking it out in front of San Francisco skyline. 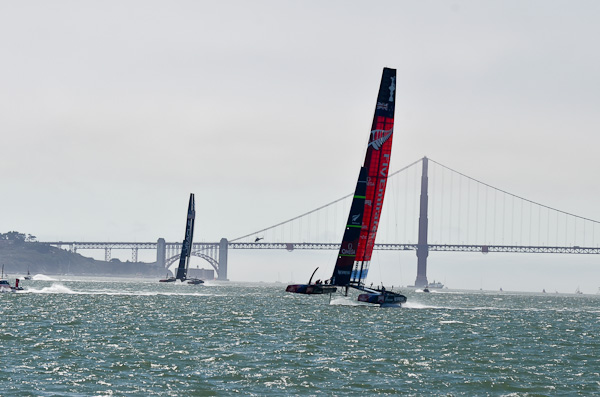 ETNZ leading coming up to second last mark in race seven with the Golden Gate in the background.